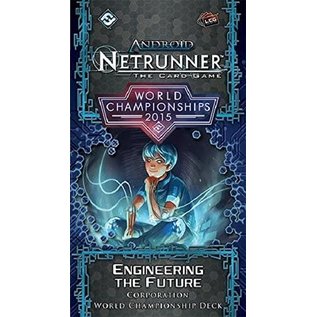 With seventeen pieces of ice, numerous assets, and a number of highly impactful upgrades, the 2015 Android: Netrunner World Champion Corp Deck excels at the "glacier" strategy, which focuses on protecting your installed agendas - and all your servers - with deep layers of ice and other defenses. Although this type of deck takes tremendous skill and a great deal of practice to fully master, it is also one that newcomers can quickly learn to pilot with a reasonable measure of success.