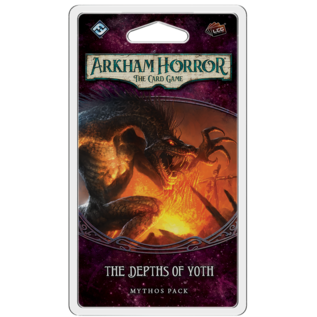 This Mythos Pack, which can be played as a standalone adventure or as part of the eight-part campaign, finds you on a perilous precipice looking into a seemingly bottomless cavern. Following the events of The City of Archives you have reached the winding staircase that leads through the remains of another age and down into the unknown. Far below, a red glow illuminates a network of labyrinth caverns littered with the ruins of an ancient city, and from those depths there also emanates a strange, animal-like sound. Something is down there.