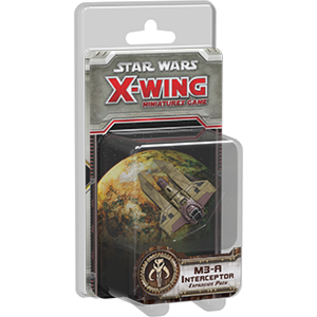 The lightest starfighter designed by MandalMotors, the M3-A "Scyk" interceptor featured a weapon mount capable of handling nearly any weapon and a price tag low enough that the Hutt Cartel and Car'das smugglers were enticed to purchase it in large quantities and make it a mainstay of their fleets.

The M3-A Interceptor Expansion Pack - part of the sixth wave of starship expansions for the Star Wars: X-Wing Miniatures Game - includes one pre-painted M3-A interceptor miniature, four ship cards, and five upgrades, allowing you to fly this ship as a nimble low-budget Scum faction fighter or as a "Heavy Scyk", capable of equipping a cannon, torpedoes, and missiles.